Genesis of The Garden of Darkness

The Garden of Darkness began life as a preemie. I was convinced that all my motifs and images and plot devices came to fruition the moment they touched paper. No gestation time was necessary.

In reality, the first draft of the manuscript was raw and unfinished. It lacked many things. Shape. Arc. Depth. Plot.

I called the manuscript Ashes, Ashes—and I’m still attached to that title, although, alas, another book with a similar title was published shortly thereafter, so I went from Ashes, Ashes to The Garden of Darkness. The story boasted characters with supernatural powers (none to be found in your copy of The Garden of Darkness). Everybody could do something, whether it was mind-reading or healing or having visions of the future. The manuscript was busy beyond belief. At any given moment, someone was engaged in telepathy or staunching blood with a kind of telekinesis or making heavy-handed prophesies that were guaranteed to come true because, after all, I was writing the book. I was pulling the puppet strings.

And the characters behaved like puppets. For a manuscript bursting at the seams with lively material, it was singularly dead. Just as bad (which is pretty bad), the things going on were so byzantine that it was hard to tell what was happening. And, even worse, I had lots of special effects but, like some films I could name but won’t, I had no plot.

Characters talked a lot, read each other’s minds a lot (see above), made many clever comments, did their parlor tricks, but—nothing much happened.

And all this time, I made the mistake of keeping the manuscript to myself.

Here’s what happened next.

So I rewrote the whole thing, and I sent it to Writers House, where an agent rejected it. But this agent had an assistant named Alec Shane (thank you, Alec) who saw potential in Ashes, Ashes, acted as a superb reader and critic, and, as I rewrote the manuscript more than several times, lent full support. He critiqued, I rewrote. 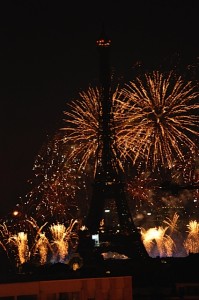 I went to Paris for a year where Ashes, Ashes was finally born, full term, with a new name: The Garden of Darkness.

And then THE DAY arrived.

I will never forget being in Provence, France, standing outside the Coliseum in Arles on a windy day and trying to catch what my agent, the wonderful Richard Curtis, was saying on my husband’s cell phone. I finally understood that he had sold my book! But to whom? The wind was blowing at gale force. Reception was terrible. I thought Richard had said “Polaris,” which sounded like a place that makes submarines, but I found later he had said “Solaris,” a UK publisher with the Ravenstone imprint (whose books are distributed by Simon and Schuster in the United States).

Solaris (which is Rebellion, which is Ravenstone) took my book.

And when I went to visit Jonathan Oliver, my editor, in Oxford, UK, he took me to lunch at a pub. Thank you, Jon.

I know I’m skipping over the how-I-found-an-agent part, just as I’m skipping the long section where my manuscript, somewhere on the journey from Paris to New York, was lost. And what I did then.

Stories for another day.