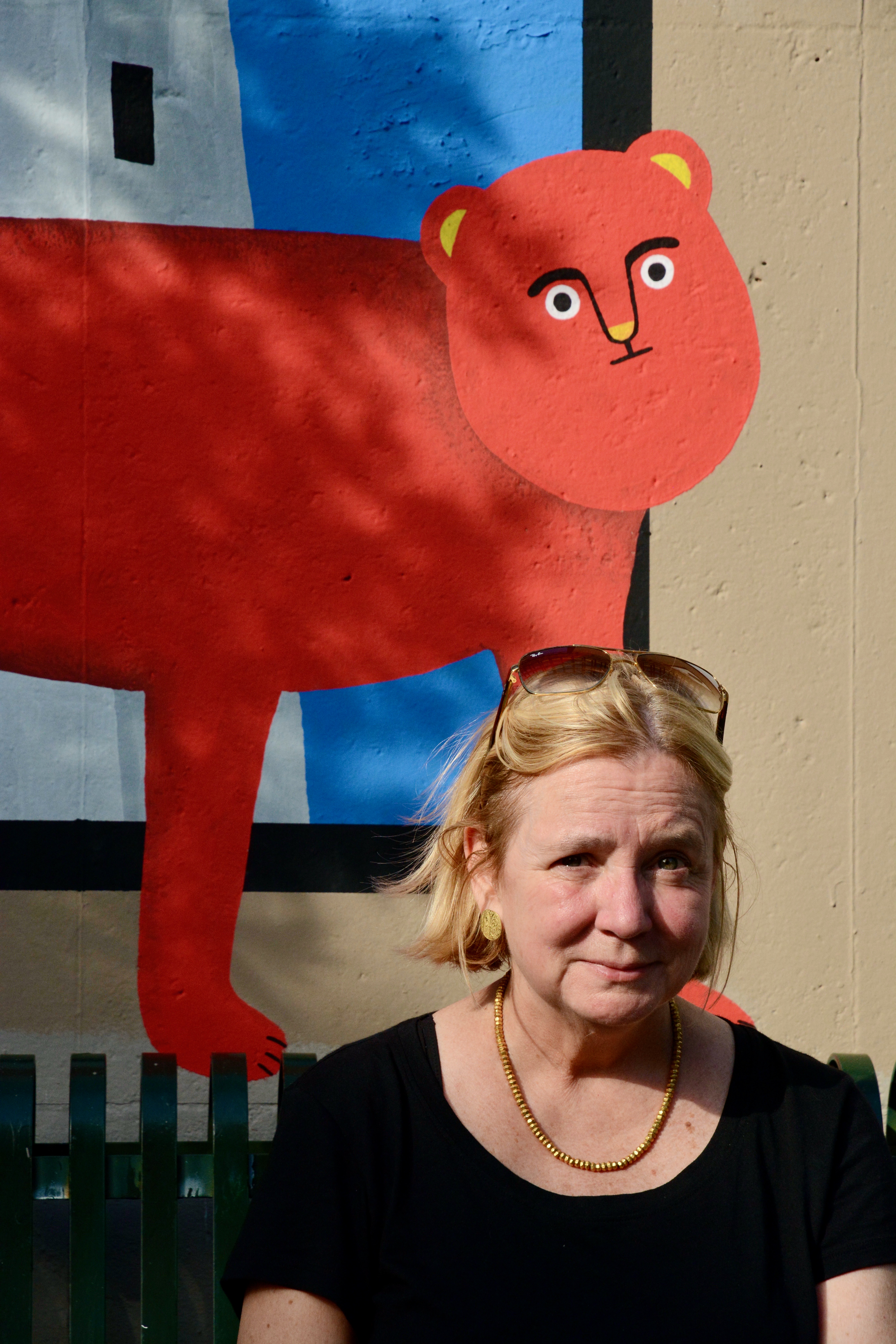 I’m a Full Professor at Smith College, where I specialize in Shakespeare and non-Shakespearean Renaissance Drama as well as in 17th Century poetry. Aside from teaching courses on these subjects, I also do coursework on the Post-Apocalyptic novel, Dystopian Worlds and, sometimes, Children’s Literature. I have two children, Sasha and Gabriel, and live in Northampton, Massachusetts (“where the coffee is strong and the women are stronger”) with my husband, biologist Robert Dorit.  The Garden of Darkness (Ravenstone, 2014) is my debut novel; my most recent novel is The Book of Forbidden Wisdom (HarperCollins, ebook, March 8, 2016; print, April, 2016).

And those are the facts.

But here’s some early stuff.

I was born in Athens, Ohio in Sheltering Arms hospital, and I lived in Athens until I was fourteen, when we moved to Lawrence, Kansas. A memory from Athens, from that time, that place:

All the children in my neighborhood shared a special, a wild play space. If we made our way up a steep hill and down the other side, we would come upon a meadow of sweet flowers and grass where there had once been a strawberry field. The strawberries lingered on, and when summer came we would lie on the ground and dangle them over our mouths and then eat them—like Roman emperors of the most decadent sort. Nearby were four or five apple trees, glorious in bloom, providers of small, gnarled sour fabulous apples come fall. And these trees were climbable—huge to a child, but with many accessible branches. The place was populated by turtles (who liked to eat the strawberries) as well as by rabbits and the occasional groundhog.

But I made the mistake of going back to that field several years ago. Some association or other had decided to make the place a play space for children (when I was young, it was already THE play space for children). The field was covered over with asphalt. The trees had been felled. A pathetic looking swing-set was set where the trees once grew. I never went back. I was going to have to find the magic elsewhere. Maybe that has to do with writing. Maybe I’ve always felt the need to try and create magic that can’t be asphalted over.

I was fourteen when we moved to Kansas, when I got my first bike and the adventures began. My Very Special Blue Bicycle took me to cornfields and lakes beyond the town limits. Adventures were constant. Once I rescued a bag of kittens about to be drowned. Once I had a Close Encounter of the Almost Final kind with a Mack truck. A dog peed on my bicycle seat. I was cropdusted.

High School was different. While, with my two best friends, Robin Reed and Sue MacDougall, I continued to explore on my bicycle, I also threw myself into theater. I loved acting, and I wasn’t bad at it. My best performance was probably as Sabina in Thornton Wilder’s The Skin of Our Teeth, but it was also the performance that took the most out of me. The show went on two days after my father’s death.

When I went to college, I’m not sure I realized that I would probably not live in the Midwest again, but that seems to be the case. My choice of college was easy. I wanted to go where my sister Callie (ten years older than I am) went. I also wanted to look like Callie. Be like Callie. Have volumes of hair like Callie (instead of my wispy stuff). At any rate, in my sister’s footsteps, off I went to Stanford University where, on the first day of freshman year, I met a young man named Robert Dorit. He charmed me.

“Are you trying to charm me?” I asked him. He looked taken aback and replied in the affirmative.

“Were you the president of your senior class?” I asked him. He had that air.

“I thought so,” I said. And he looked back at me as if he had come across a strange sort of disconcerting creature.

Seven years later, I married him.

In between, I received a BA and an MA in English Literature and was a member of the Creative Writing Program at Stanford. I then began work at Harvard University, which led to another MA and a PhD. Right after graduate school, I received a job at Smith College, where I still teach. And here my husband and I have lived, raised children, and now work together (Rob was at Harvard and then Yale for some time). My sister, after years in Africa and more years in England, moved back to the U.S. and moved in with us for a while. Now she lives in South Hadley, twenty minutes away. Life is good. But there are also gardens of darkness. If there weren’t, why would I want to write?

When I was growing up, I knew I wanted to be a writer. For one thing, there weren’t enough children’s books of the variety I liked, so I thought I should write a bunch. For another thing, writing, in my family, was just what one did.

My father, Paul Murray Kendall, taught Shakespeare (as do I), but he was also a historian and a biographer, who wrote biographies of Richard III and Louis XI, as well as many other books. He has a bench at Bosworth Field (where Richard III fell in battle) dedicated to the centenary of his birth, and if you go there you can sit and muse about the vagaries of history.

My mother, Carol Kendall, wrote books for children and, later, translated and adapted Chinese folktales. Her book The Gammage Cup was a Newbery Honor Book, and its sequel, The Whisper of Glocken, is, in my opinion an even better work of fiction. She died last year at 95, two weeks before we left for Paris—where I wrote The Garden of Darkness. I wish she had known about it.

My husband, a geneticist, claims that no gene for writing has yet been identified, but if there’s such a thing, I’ve inherited it.

I’m leaving a lot out, of course. Our dog. My horse. Falls from my horse. Blue ribbons. No ribbons. A couple of years in Paris. Summers working at the Fisheries in Kenya. Stuff like that.

But I’ll add to this site from time to time. For what I’m up to as far as writing is concerned, you’ll need to go to another tab. Try “Current Projects.” If you want my opinions on writing, try “12 Pieces of Advice About Writing” or “Words on Writing.”